NEW DELHI: Atal Pension Yojana (APY), which was previously known as known as Swavalamban Yojana , is a government-initiated pension scheme for unorganised sector workers like drivers, gardeners, home maids and so on. The APY plan was launched on a national level in June 2015. This social security scheme was introduced in place of government’s previous Swavalamban Yojana NPS Lite, which did not go very well with the people.

Atal Pension Yojana is administered by Pension Fund Regulatory and Development Authority (PFRDA) and implemented through all the banks nationwide.

PFRDA also has an online registration facility via e-NPS or electronic-National Pension System channel. Those looking to subscribe to Atal Pension Scheme do not need to submit any physical documents under this process.

The Atal Pension Yojana can be availed by all Indian citizens aged between 18 to 40 years. To have an APY account a person must have a saving account either with a bank or with post office of India.

What is the monthly contribution

The minimum time duration of contribution under APY pension scheme is 20 years.

APY subscribers can make their contributions to the pension scheme monthly, quarterly or half-yearly. 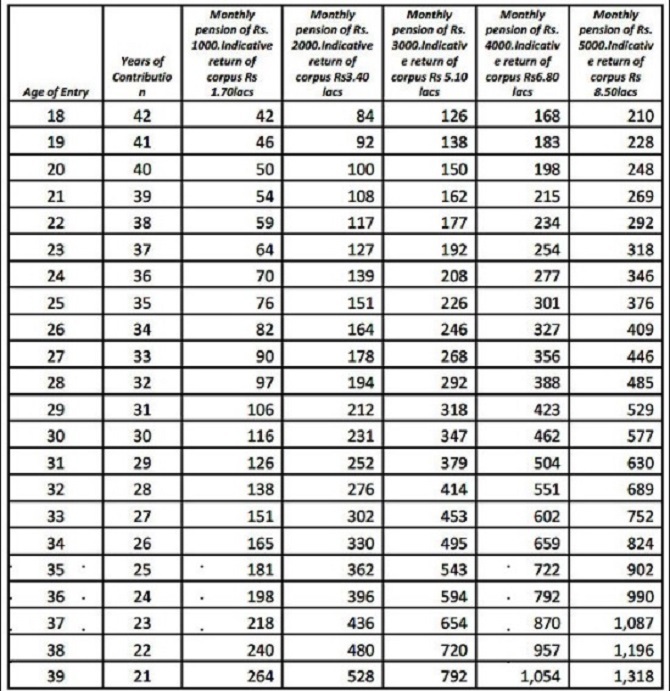 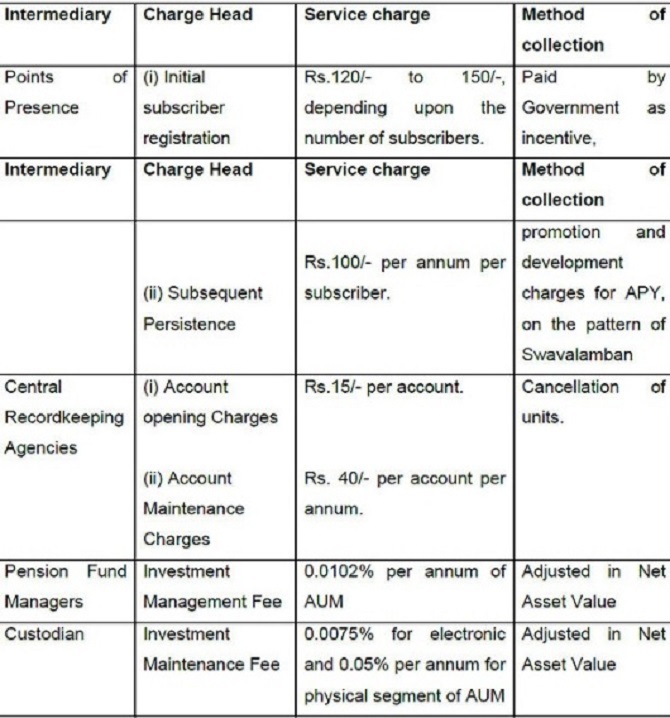 The PFRDA does permit exit before the subscriber attains 60 years of age and ‘only in exceptional circumstances, such as, in the event of the death/ terminal disease.